So it’s been just about 2 weeks since the end of the 2016 ASSAB conference in Katoomba, and it’s still on my mind due to what an amazing time it was. I feel I can get so absorbed in my own study area of arachnids and contests that conferences are an amazing way to take a step back and appreciate all the work done by other researchers! 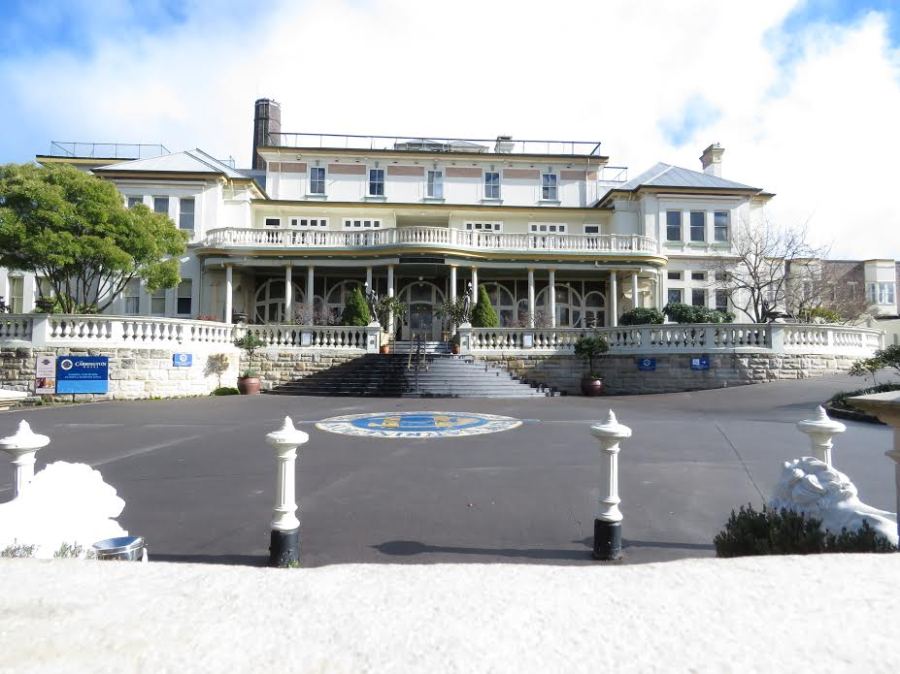 Each of the three days started off in the Carrington with plenaries that ranged from orchid-pollinator coevolutionary relationships to colour pattern variation and decision-making in colour changing species. After that, it was a rapid fire of 12 or 3 minute talks, covering topics such as katydid deimatic displays, bellbird song evolution, nocturnal behaviour of orphan Asian elephants, and thermoregulation of meat ants, as well as more technical talks such as a showcase of the new R package pathtrackr. This mixture was a perfect taster and provided an easy way to introduce yourself to the various speakers during the tea and coffee breaks of the day.

The plethora of social events were great in filling up the evenings and offered a relaxed environment in which to mingle, valuable for a new attendee like me! Trivia night didn’t go too well for us, however we didn’t finish in last place (although Chrissie was part of the winning team!) which I was pretty happy about. This, as well as the fantastic conference dinner and hours of dancing we did afterwards on the last night of the talks, again helped in approaching the conference veterans.

I hadn’t been to Katoomba or the Blue Mountains before and in the rush of trying to prepare my presentation, didn’t do much research about the area before departing Auckland. After weaving through the landscape by train and arriving in a large windy suburban town, I didn’t anticipate the hidden vista views at Echo Point lookout that opened up on the end of a residential street. The iconic Three Sisters rock formation was beautiful, although unfortunately we weren’t able to take a closer look at them. Definitely a spot I’ve decided I need to visit in future when I next go to Australia and a beautiful unexpected surprise!

All in all, it was an amazing trip filled with meeting a bunch of new people. I really hope that at the 2017 ASSAB, my name will be on the attendee list!